If there's one thing AMD is doing right, it would have to be the Never Settle program. The chipmaker has just launched its Never Settle Forever program, which changes things up considerably. 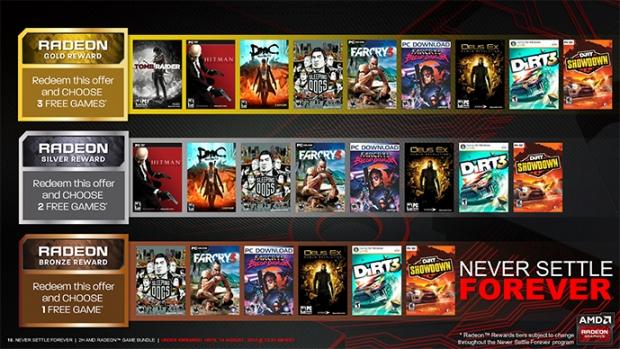 With the older Never Settle bundles, depending on the GPU the consumer purchased, they were given specific games. When things kicked into second gear with Never Settle Reloaded, consumers were given the choice of a few titles when they purchased a GPU. The more they spent on their GPU - or the higher the series of Radeon - the more games they received. 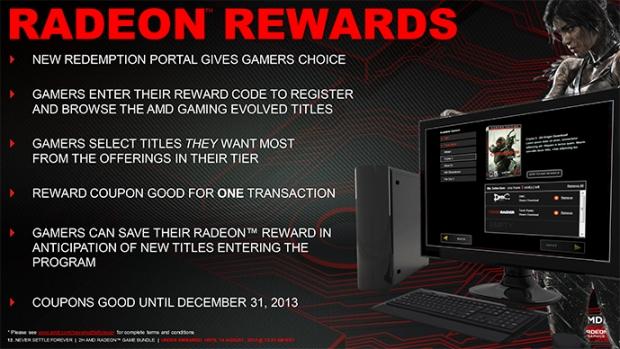 Now, the Never Settle Forever program is here, and each tier offers a larger range of games, and more of them. As you can see from the image above, the Radeon Bronze Reward includes one free game, from a choice of six titles. The Radeon Silver Reward includes two games from a selection of eight games. The final, and highest reward is the Radeon Gold Reward, which offers three free games from a total of nine choices.

The coupons included with the Radeon GPUs are good until December 31 of this year, so you'll want to get in quick. We should also see AMD unveil Battlefield 4 into this new Never Settle Forever program, but it'll be interesting to see where they slot it in - I'm guessing they'll give it away with the Silver and Gold Rewards.