Up until now, the BlackBerry A10 hasn't really seen the light of day, and now that it has in the video below, it has changed names to the BlackBerry Z30. The hands-on video shows us a little about the new smartphone from the struggling Canadian phone maker.

The video is in Vietnamese, but we should expect the Z30 to feature a 1280x720-pixel, 5-inch AMOLED display, Qualcomm's Snapdragon S4 Pro dual-core processor, an 8-megapixel rear-facing camera, 2-megapixel front-facing camera, 2GB of RAM, 16GB of on-board storage and a 2800mAh battery. It also helps that the Z30 looks nice, like an upside down HTC One, in my opinion. 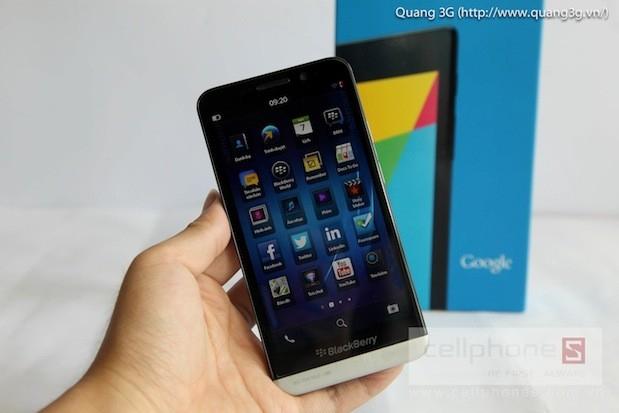 On the back of the Z30, there's an AT&T logo, which adds credit to it being a real device, maybe.