It's coming, but now we're one step closer to HTC's One Max from arriving. To tease us before its launch, there's a "non-final" press render of the HTC One Max leaked. 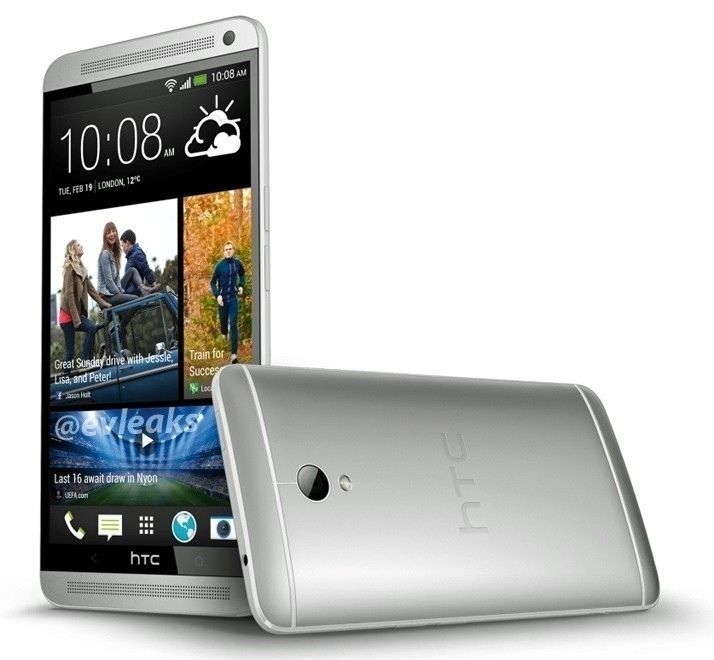 @evleaks is on the ball once again, but nothing new is shown. We can see the rear-facing camera is in a slightly different position, confirming that the Taiwanese phone maker is going for a plastic wrap-around on the back and sides of the One Max, which is similar to the One mini smartphone. Looking at the front of the One Max, it looks similar to the current HTC One, except of course, it's bigger.

We should expect the HTC One Max to arrive with a 5.9-inch 1920x1080-pixel display, Qualcomm's speedy Snapdragon 800 SoC quad-core processor clocked in at 2.3GHz, 2GB of RAM, an UltraPixel rear-facing camera, and a 3300mAh battery. The Chinese market will see a dual-SIM variant, which will be quite nice indeed.