Apple is getting a little quicker with beta releases with iOS 7, with iOS 7 beta 5 already out. Build 11A4449a is the latest version of Apple's upcoming mobile OS, and includes an overhauled Settings app, which comes with colored icons, as you can see below. 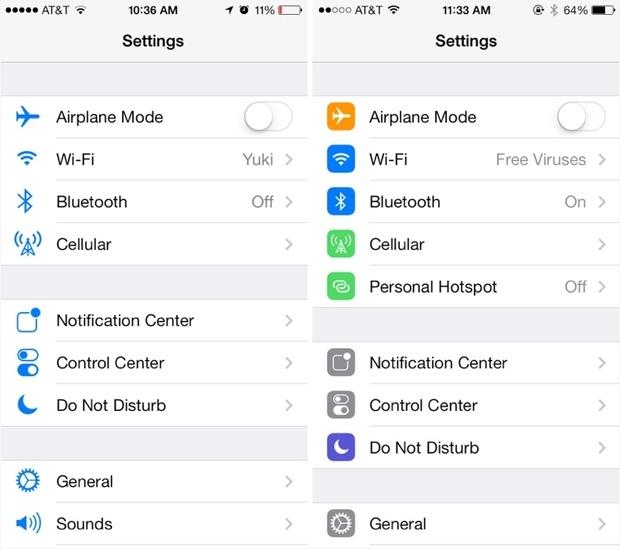 Build 11A4449a also includes a new Control Center setting that allows you to turn it off while in apps, which stops Control Center from accidentally being opened up from the bottom of the app you're using. People have been complaining of Control Center seeing issues with controls and buttons located along the lower edge of an app's UI. 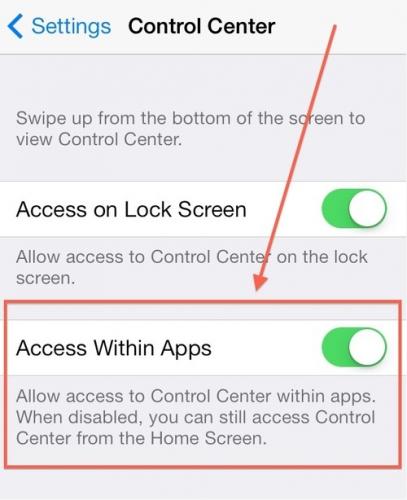 iOS 7 beta 5's way of working this out is with a new "Access Within Apps" option, which is either turned on, or off. As ZDNet stated, it would be good if Apple gave users the option of blacklisting specific apps, instead of all of them. The last few new features in iOS 7 beta 5 include an updated power off slider, new phone icons, banner notification pull-down behavior, new On/Off toggles in the Accessibility settings, as well as a new Twitter icon.