Today, Sony released an update for its PlayStation Vita handheld gaming console that brings forth better streaming support and improved visuals. The update will bring your PS Vita up to version 2.6, and users will instantly notice softer circular content bowls thanks to some antialiasing that Sony tossed into the mix. 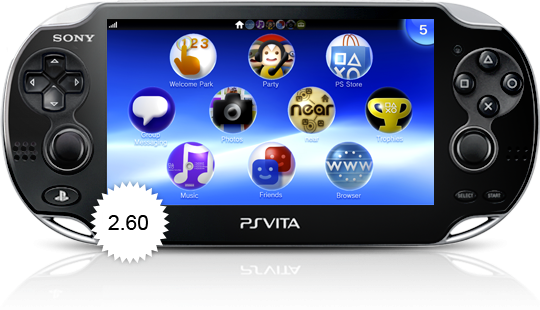 Version 2.6 also brings forth an improved UI that makes accessing saved game data on PlayStation Plus much easier. The way users toggle network options has also been refined with a new control screen similar to those used on Android and iOS devices to allow gamers an easy way to manage Wi-Fi, Bluetooth, and 3G settings.

Another cool option that has been brought forth in version 2.6 is the ability to stream content directly from other connected devices such as the PlayStation 3 or a PC. In the past, users had to save the content locally first before being able to view the content.