Well ahead of its August 7 launch date, LG has began unveiling accessories for its upcoming G2 smartphone. The South Korean electronics giant has just debuted a new case for the flagship phone named the QuickWindow case. The case gets its name from an opening on the case that lets you see a portion of the screen without having to open the case. 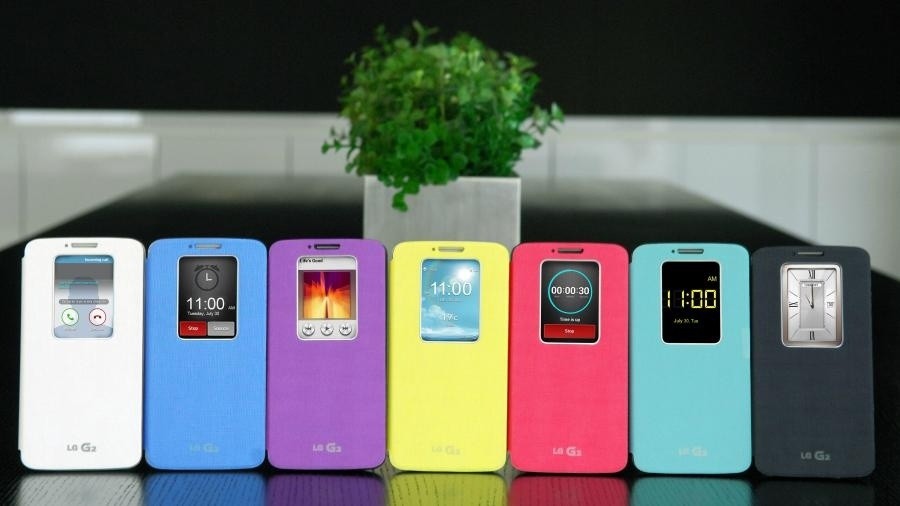 The window can display a lot of information including incoming calls, text messages, date and time, as well as a host of other widgets. The QuickWindow is available in seven different colors including black, white, pink, purple, blue, mint and yellow, and LG says that even more colors will debut before launch.