Apple have been buying quite a lot of AAPL shares lately, a little after they jumped the iShark late last year. Their original plan was to buy 10 million shares in their third fiscal quarter of 2013, but instead, they've scooped up over 36 million shares. 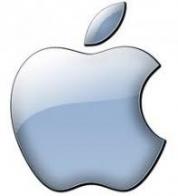 Apple did this in two parts, using $4 billion in shares, and $12 billion through an accelerated share repurchase program. Apple purchased the shares at between $444 and $488 a piece. This is quite a lot of money, but the Cupertino-based company do have large cash reserves, but for that type of money they could've spent it better, acquiring companies that would see them grow and evolve.