PAX Australia 2013 - While I was sitting down at the 4PM showing of Watch Dogs in the Ubisoft section of PAX AU, the semi-finals to the League of Legends Oceanic Season 3 Championships were being played between Team Immunity and Exile5.

During the Watch Dogs event, the crowd for League of Legends went absolutely wild - Team Immunity had won. A bunch of professional League of Legends gamers just won $20,000 in cash as well as a position in the finals that will take place at Gamescom, in Germany, Cologne, next month. Once it was all said and done, I walked behind the Riot Games section of PAX AU and happened to walk past Team Immunity to congratulate them on their win, and of course get a photo with the legends themselves. 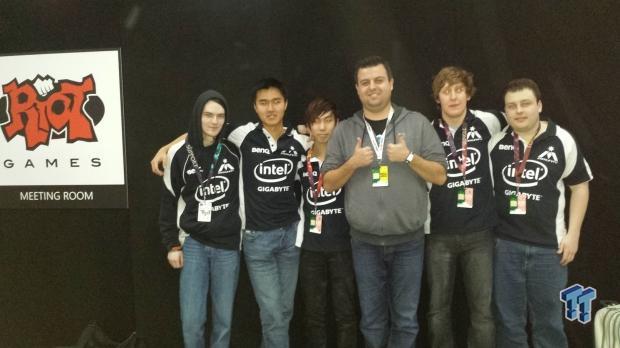 My League of Legends playing nephew, Corey, will hate me for posting this up - but the guys at Team Immunity were humble, and seemed over the world at their win. Congratulations, guys! Take out the finals at Gamescom! 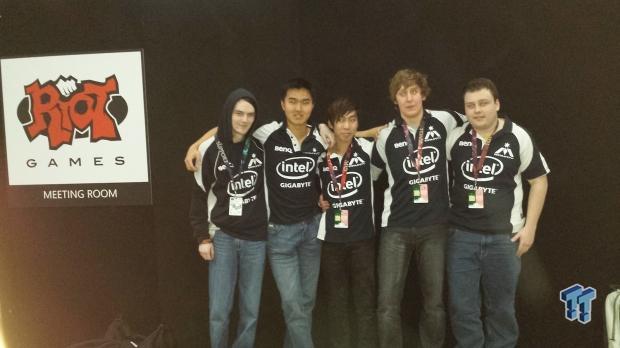