In case you haven't heard, Google has been completely overhauling its web-based map service and unveiled the first beta edition just two months ago at the company's I/O conference. Up until now, you needed to be invited by Google to participate in the beta program but as of today, Google has opened the doors and allow everyone to experience the new Google Maps.

Obtaining access to Google Maps Beta is a simple as visiting maps.Google.com. Once there, you'll be prompted to try out the newly refreshed maps via a box in the left sidebar. The new Maps provides a fullscreen experience and appears to be much quicker at loading than its previous iteration. The zooming is fast and smooth and Google has integrated a new, much smarter search box that is able to display your recent searches, directions, transit, traffic, and bicycling info. 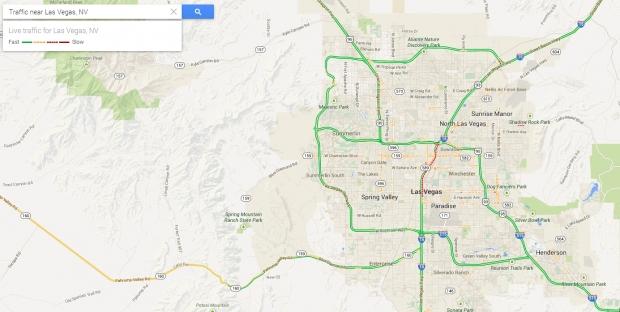 Yes, this means that Google can now show you real-time traffic data right from your desktop at any point in the day. To use this feature, users can simply type a search string similar to "Traffic Near Las Vegas, NV" and the map will pop up and highlight roots with green for fast-moving areas and red for very slow congested areas. Users can use similar search strings to find restaurants, shopping venues, and even entertainment in areas anywhere in the world.