We haven't been hearing much about the next smartphone from HTC, but our good friends over at Mobile Geeks have had their ear to the ground in Taiwan and are reporting on two new smartphones from HTC. The first, is the HTC One Mini, and the second, is the HTC One Max. 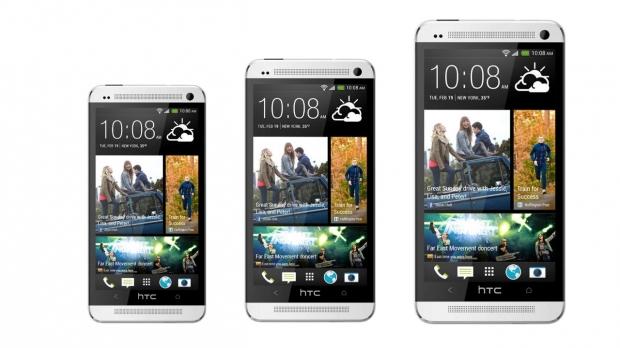 The HTC One Mini doesn't sound too bad at all, and feels like a slightly cut down Nexus 4 with its specs: a 4.3-inch 720p LCD display, Qualcomm Snapdragon 400 SoC (1.4GHz dual-core processor), 1GB of RAM and 16GB of internal flash memory. But, the HTC One Max looks like it's going to be quite the smartphone to envy.

We're looking at a 6-inch 1080p Super LCD Display, Qualcomm's super-quick and feature-packed Snapdragon 800 SoC (2.3GHz quad-core processor), 2GB of RAM, 32/64GB of internal flash storage and a 3,200mAh battery. This thing could compete with the Galaxy Note III when it arrives later in the year. The HTC One Max is expected to launch in September.