Just as news is beginning to spread of BlackBerry's pending plan to lay off thousands of employees and a few executives leave the company, images have just leaked showing off the company's next-generation BlackBerry 10 equipped touch-screen smartphone. 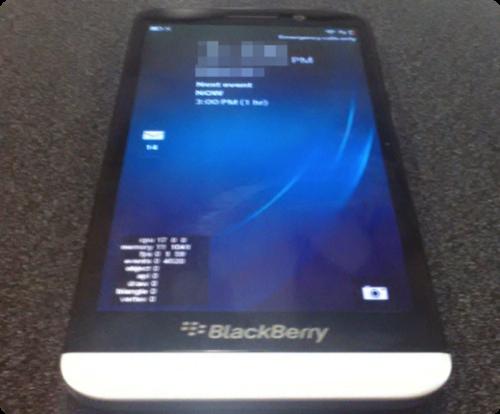 Dubbed the A10, this new device features a five-inch display, making it almost a full inch larger than that featured on the company's current Z10 model. Unfortunately, the larger screen is nothing to get excited about as early rumors state that it will be limited to 720p.

It also appears that the A10 will continue with a less than impressive dual-core processor, which is said to be a QUALCOMM Snapdragon 400, clocked at 1.5 GHz. Fortunately, BlackBerry did have enough common sense to include 2 GB of RAM to keep things running nice and smooth.