Twitter user Sonny Dickson has just posted an image of what appears to be five new colored backs for the upcoming low-cost iPhone. We've seen others in the past and these look very similar but with a more pastel color palette. 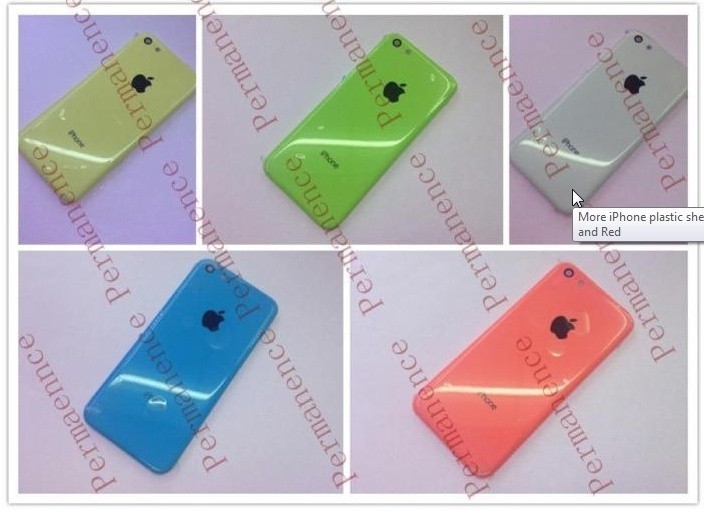 The colors shown appear to be fuchsia, blue, lime green, pastel yellow, and white. One thing worth noting is that the corners are a little more squared off than previous leaked images, which leads us to believe that these could be replacement skins or protective covers designed by a third party manufacturer.

With news earlier today concerning Foxconn ramping up its workforce in a push to bolster new iPhone production numbers and with yesterday's news of Apple cutting current iPhone production by 20 percent, we can bet that sometime in the coming weeks we will see more information on the so-called low-cost iPhone.