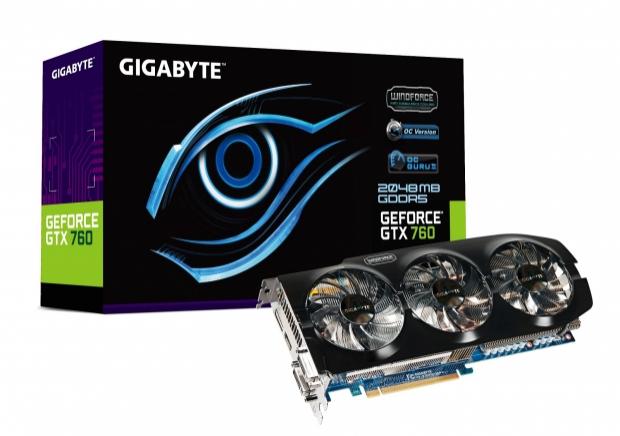 The card features GIGABYTE's new WindForce cooling solution which is capable of dissipating up to 450W of thermal energy. The GTX 760 WindForce OC is based on the same PCB as the company's GTX 770 WindForce OC which requires power input from one 6-pin and one 8-pin PCIe power connector. The card is expected to be priced at around $300 and will be available in all major electronics retailers.