MechWarrior Online went into beta mode in October last year, and has since racked up a very nice 1.1 million registered pilots. Piranha Games' free-to-play game is launching on September 17. 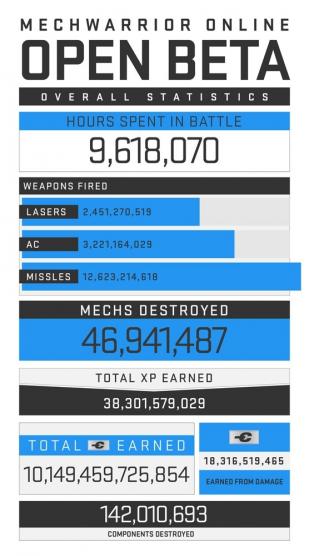 MechWarrior Online will reach version 1.0 in that day, where it has come a long way from earning $5 million from the Founder's Program before it went into development. Pirahna Games have released some in-game states, which give some interesting details on the game. Since the beta of MechWarrior Online has been open, pilots have spent a total of 9,618,070 hours in battle.