Incat, an Australian shipyard, have built what they're calling the world's fastest ship called the Francisco, which is capable of travelling at up to 58 knots, or 67 miles per hour. 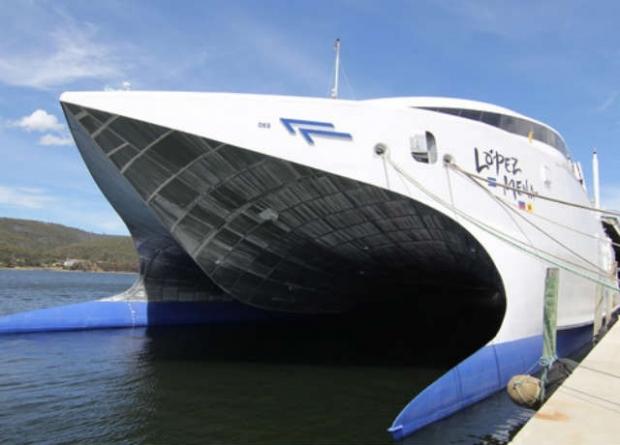 How did they achieve this speed? They used two modified jet engines, which power a pair of water jets and makes the Francisco a "high-speed dual-fuel vehicle and passenger ferry". Kim Clifford, Incat Managing Director, said in a statement: "This is certainly the fastest ship in the world. Of course there's a few speed boats that could surpass 58 knots, but nothing that could carry 1,000 passengers and 150 cars, and with an enormous duty-free shop on board."