Uber continues its ingress into Asia today as it rolled out its popular private car service in Taipei, Taiwan. Earlier this week, the company made its Asia debut by launching in Seoul, Korea along with three other cities in the region. 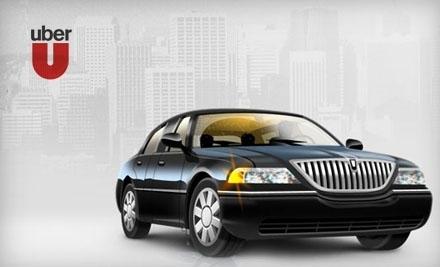 This year Uber has raised more than 55 million in funding from investors alone and usually launches a test phase "soft launch" before fully rolling out the service. Over the next 4 to 6 weeks Uber will begin to transition from this test phase into the fully operational service in both Seoul and Taipei.

Whether you're out on the town in the Xinyi , go shopping on Zhong Shan Bei Road, or have dinner in Dongqu, Uber (@Uber_TPE) will get you where you need to be in comfort and style, typhoon or shine. The base fare is NT$126, with a rolling charge of NT$30 per kilometer (when travelling over 18km/h) or NT$16.50 per minute (when travelling below that speed - aka affected by traffic jams). The minimum fare is NT$230 and the full Taipei pricing can be found here.