Motorola's X phone just might be the most anticipated phone of the year; after all, we've been talking about it since before January. We have posted more than half a dozen leaks on the mystified X Phone and it appears that this morning we're getting our first real glimpse of what it will actually look like. 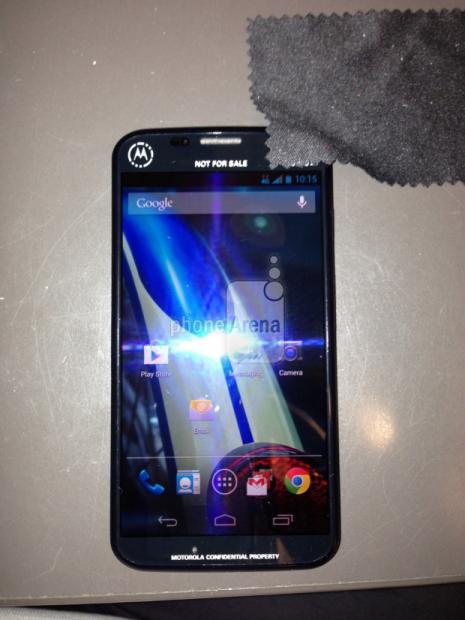 Surprisingly, it appears that the phone might arrive with a 4.7-inch 720p screen which is a really big letdown if true. Hardware-wise we expect a 1.7GHz QUALCOMM Snapdragon processor, 2GB of RAM and 16GB of system memory. The phone does appear to be running Android 4.2.2 and there is still no official word on a release date or pricing.

Unfortunately, I have been sort of holding out for the X Phone since it was announced. I have been a loyal Motorola phone customer since the early 2000s and currently use a very worn out and glitchy Photon 4G. When Google blasted Motorola for not being innovative enough and producing boring phones, I thought that the X Phone would appear as something new, innovative and awesome. Sadly, it appears that none of that is true and the Motorola X Phone is just another Atrix, Photon, or Razr in the same boring plastic case with the same boring colors.