Imgur has finally joined the mobile revolution by creating its first app. The Imgur app is available on Android and will make it easier for Imgur users to browse the site, upload new pictures, and share or comment on existing photos. A native app will be much better than a mobile site or third-party app. 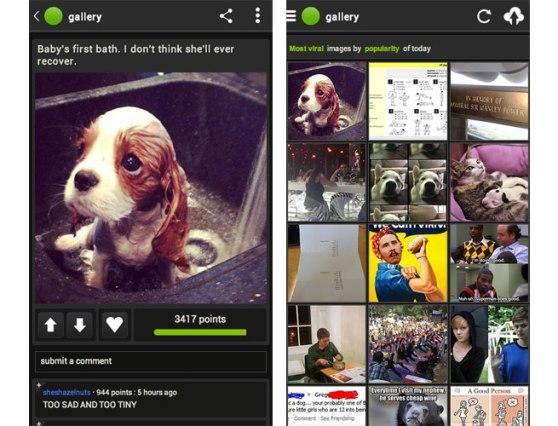 Imgur is often used in conjunction with Reddit. The mobile app offers all of the same features and a very similar experience as the main website. "We wanted the app to work just like the main site. We've been working on this six months and collecting feedback," said Imgur founder and CEO Alan Schaaf.

Imgur also has an iPhone app in the works, though Apple has rejected the app on multiple occasions. The first time was for DMCA issues, however, Imgur noted they are DMCA compliant. Apple then rejected the app on the grounds that it was too easy to find adult content. Imgur has made it more difficult to find such content in hopes that this will get the app accepted.

The app is available in the Google Play Store.