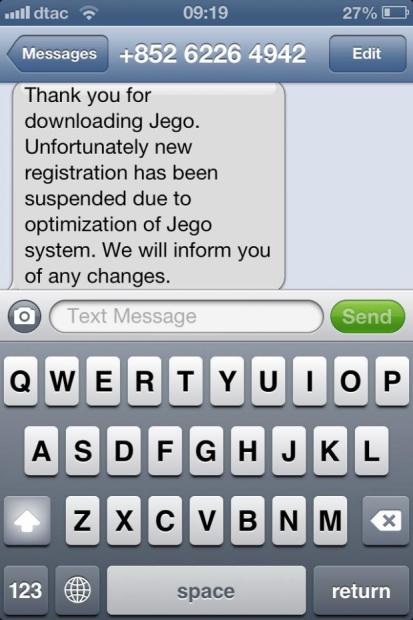 They've also disabled Jego-to-Jego video and voice calls for customers who registered with a mainland China number and are located in mainland China. The company have posted up a message to the iTunes App Store and Google Play Store stating that new registrations for Jego have been suspended so that they can do "optimization" to the product and system, and will inform users of any changes.

Why the closure? Well, it could be because China Mobile have disabled Jego's new registrations because the service begun from its overseas subsidiary and not the mainland China company itself. This may have caused problems with regulations and the Chinese government on Internet-based telephone services in China.