Nissan have just unveiled the ZEOD RC (Zero Emissions On-Demand Racing Car) prototype ahead of the LeMans race on Saturday. Nissan have been invited to enter the 186-mph electric race car in the next year's 24-hour LeMans race. 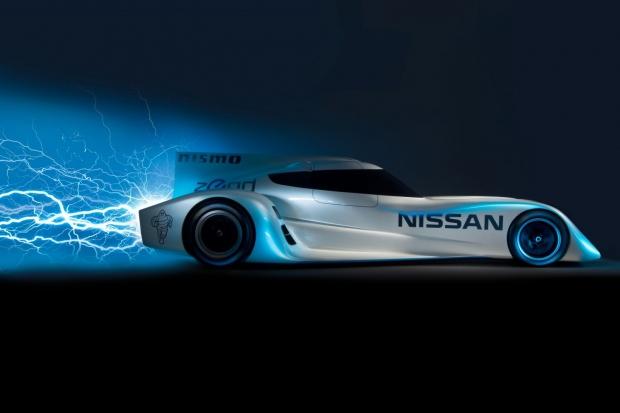 Nissan's ZEOD RC prototype is part technology demo and part publicity stunt for the automaker. The electric car features the same lithium-ion batteries as the Nissan Leaf electric car, with the Japanese company stating the fact that race-car technology finds its way onto street cars. They also said that they will be testing different types and combinations of electric motors and gasoline engines in their ZEOD RC before its wheels hit the LeMans track in 2014.

Andy Palmer, an executive vice president with the company said in a statement that Nissan's zero-emission, on-demand option allows a driver to "switch between electric and petrol-powered drive". He adds that it is the future direction for road cars, where he finished by saying "that will be tested in addition to pure electric power and other new technologies that we still have under development"