Tesla Motors, one of Elon Musk's brainchildren, has just shown off its new battery pack swapping technology. At an event in Hawthorne, California, founder Elon Musk explained that the whole process will take around 90 seconds with the driver never exiting the vehicle for the entire process.

During the demonstration, Musk pitted a motorist at the "fastest gas station in California" against not one, but two Tesla Model S vehicles. The Model S battery packs were changed on stage while the petrol fill up took place on site at the gas station.

In the amount of time it took to fill the traditional gas car, both Model S sedans had their battery packs changed in succession with time to spare. The overall gas fill-up took roughly four minutes, while the battery pack swaps only took about 90 seconds each. 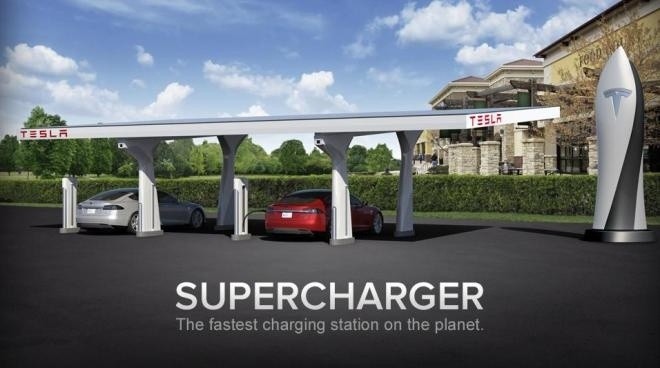