LG have seen success in their home country of South Korea with their Optimus G Pro smartphone which has surpassed one million sales. LG have said that this is the fastest they have ever reached one million sales for a single device in their own country. 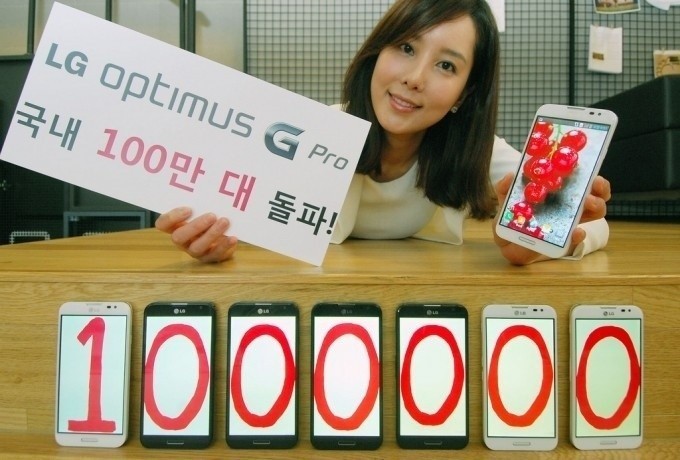