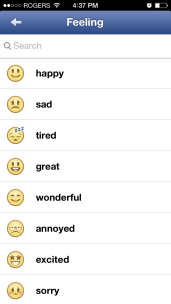 Facebook has also made it easier to adjust who can see something you've shared, making it easier to protect your privacy. Of course, Facebook has included the prerequisite "bug fixes," but they have also added in the ability to start a new conversation with photos you receive in messages.

The latest version of the app can be grabbed from the Apple App Store.