Pictures purportedly of the upcoming iPhone's display assembly have leaked out online. The images are reportedly from a supplier. The images are fairly low resolution, so it's hard to see if there have been any changes to the technology. 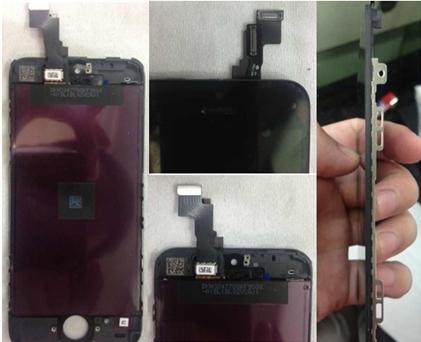 The pictures do appear to be legitimate and match up nicely with a leaked logic board that was shown earlier today. Specifically, looking at the flex cables that connect the displays to the logic board, the iPhone 5 features two horizontal connectors on the logic board. The leaked 5S board and display feature a vertical connector.

We still expect to see the new iPhone debut sometime in September. We also expect leaks to speed up in the coming months.