ASUS' kinda mysterious K009 tablet slipped by the FCC for a drink or two recently, and was rocking the Snapdragon S4 Pro processor, but now the 7-inch tablet has received Bluetooth SIG certification and it looks like there's a Snapdragon 600 quad-core processor inside. 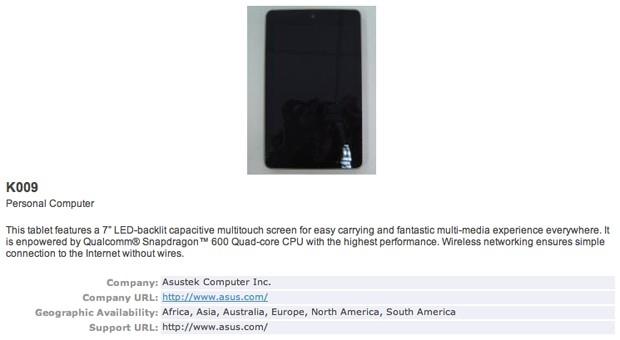 We don't know why this upgrade in processor has happened, but it's only a good thing. We could also be tricked here, so don't expect this to be concrete information right now. From the tiny photo above, we should expect something that looks similar to the also ASUS-made Nexus 7 slate.