Intel have just launched their Haswell processors, or fourth-generation Core processor, but they will never stop. The 2014 platform known as Haswell-E will launch as an 8-core processor, oh baby, yeah. 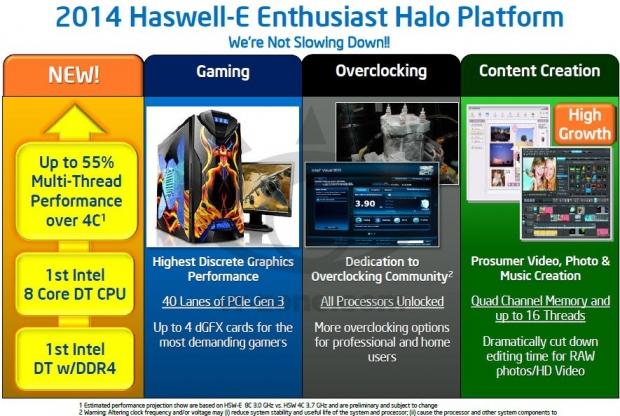 Intel's Haswell-E platform will launch in 2014 and will be their enthusiast platform, we're going to get into some specs now so you'd better put a book on your lap or something. Haswell-E is set to debut in the second half of next year and will be Intel's first 8-core desktop CPU, so expect some serious CPU performance. We should see an offer of between 6- and 8-core CPUs with up to an amazing 20MB of L3 cache. 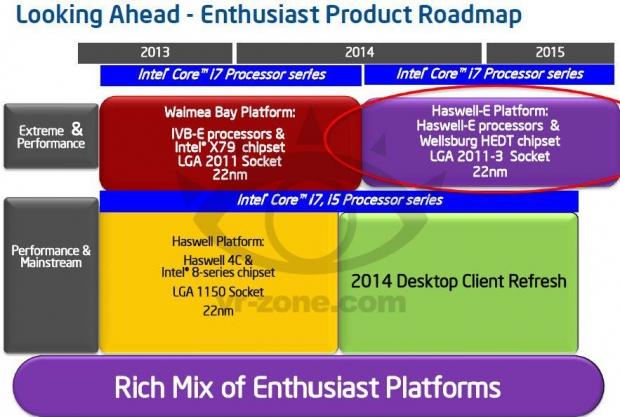 But, wait, there's more! 8 physical CPU cores means we're still greeted with Hyper-Threading, meaning 16 logical cores. Maximum TDP for Haswell-E should sit at around 130-140W with the processor itself sitting on the 22nm second-generation Hi-k process. Performance-wise, with the additional two physical CPU cores and the usual improvements in the architecture, we should expect a 33-50% performance increase over the 2014 platform.

Haswell-E will launch with a new set of motherboard shipments known as the Wellsburg family. This new chipset will finally introduce DDR4 support which will be clocked at 2133MHz with lots of room left for overclocking. The Wellsburg X-PCH will include some beauties in the form of: 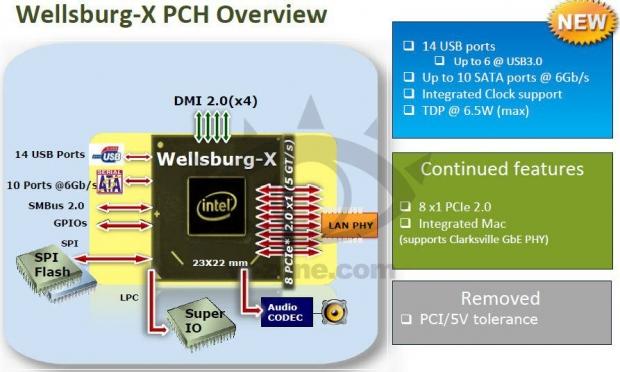 Quad-channel DDR4 is to be expected, which will arrive at four speed steps - 1333MHz, 1600MHz, 1866MHz and 2133MHz. 2133MHz should be the minimum, and most enthusiasts will probably dive onto the highest-clocked DDR4 they can find, I know I will. Quad-channel DDR4 will provide frequencies that could provide nearly 50% more bandwidth compared to triple-channel DDR3. 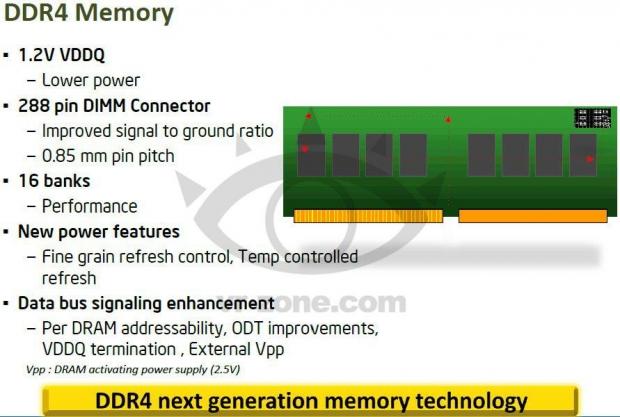 Let's talk about the socket itself, which is dubbed LGA 2011-3, a derived socket that comes in the same dimensions and ball pattern pitch as the current LGA 2011. The new design seems more efficient thanks to Intel's brains, with the additional wings in the LGA 2011-3 socket to help improve package handling. 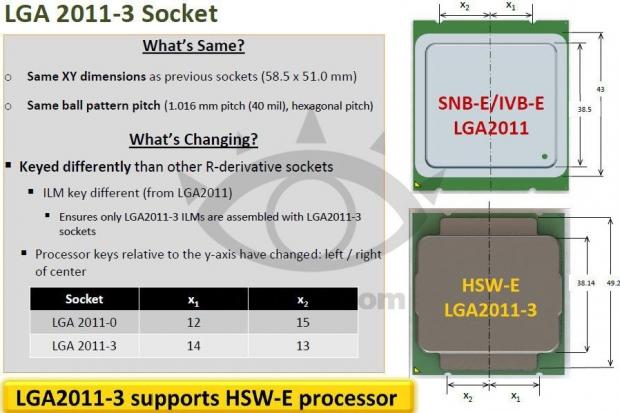 We shouldn't expect huge performance increases for most things, but multi-monitor users should see a huge improvement especially with multi-GPUs and next-generation games coming in the next few months. AMD, you'd better click your heels together, and quick!