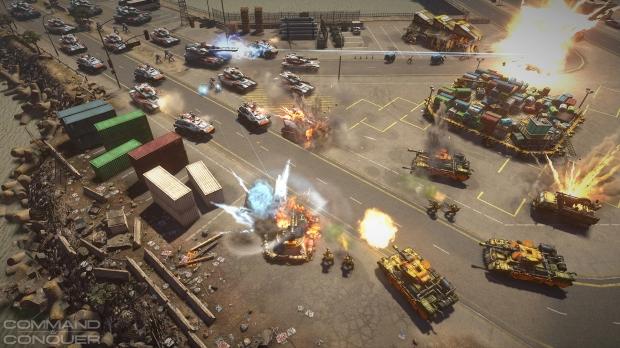 "The community has always been and will continue to be paramount to the success of Command & Conquer," said Jon Van Caneghem, General Manager of Victory Games, EA. "Being a live platform, we have the freedom to be responsive and to deliver content that our players care about at launch and beyond. As developers, this sort of direct and evolving relationship with our audience is incredibly exciting and we can't wait to hear what players think about this new Command & Conquer experience."

The new Command & Conquer will mark a return to the core game play that put the series on the map. In addition to strategic, fast-paced, high action, Command & Conquer also introduces a large variety of Generals, which gives each commander the freedom to conquer on their own terms. Players will be in full command of the battlefield as they take control of dozens of unique Generals across three varied factions