Computex Taipei 2013 - Today we ran into a familiar face at the GIGABYTE Expo area. Mr. Brix himself guided us though the some of the new motherboard line up. With the new Haswell platform, GIGABYTE released roughly four new motherboards, many with features designed by Mr. Cookie himself! 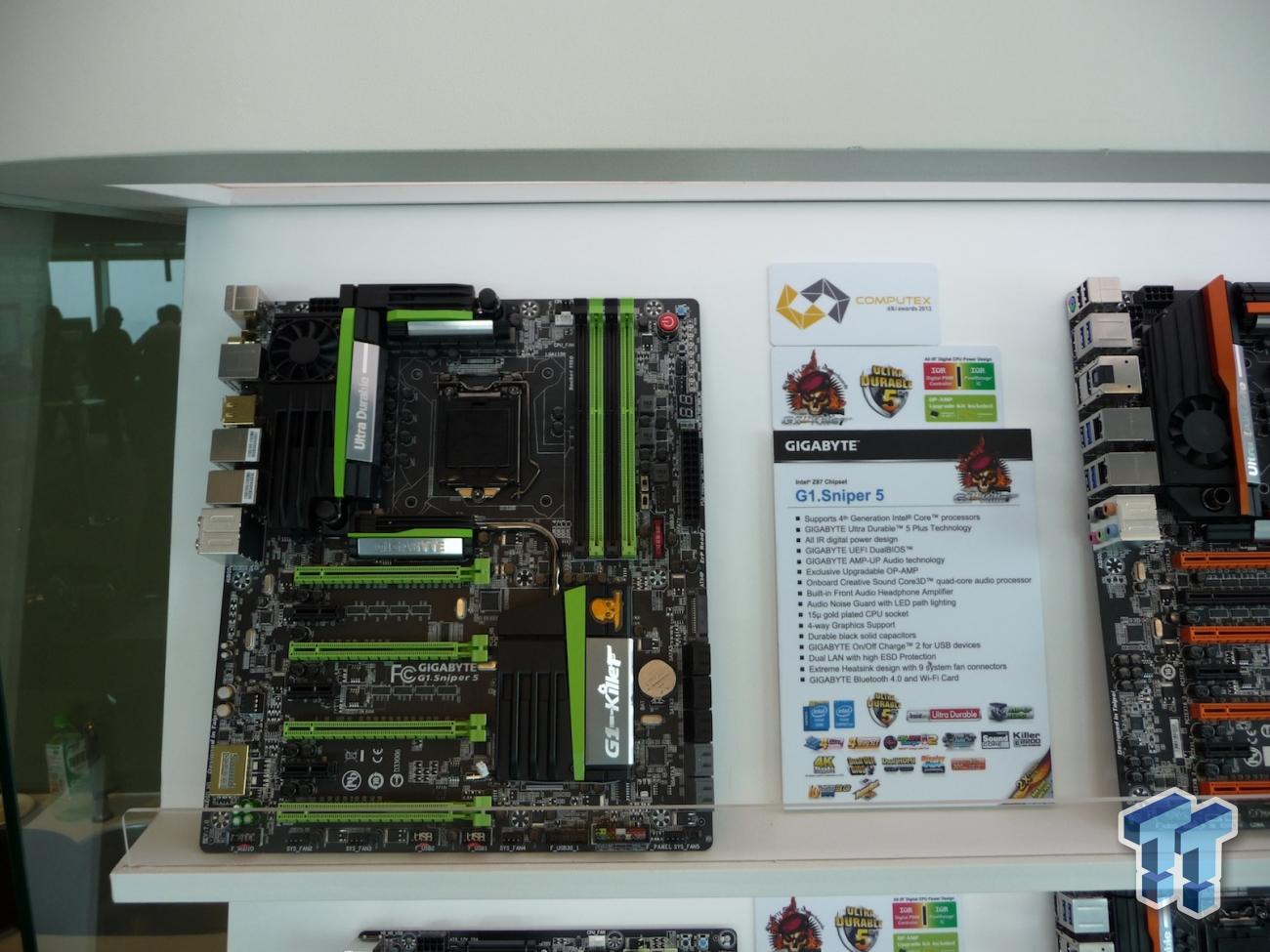 The question now is what one do I want to use for testing SSDs for 2013. With overclocking making a comeback for those of us without easy access to LN2, choosing the right board becomes even more important. 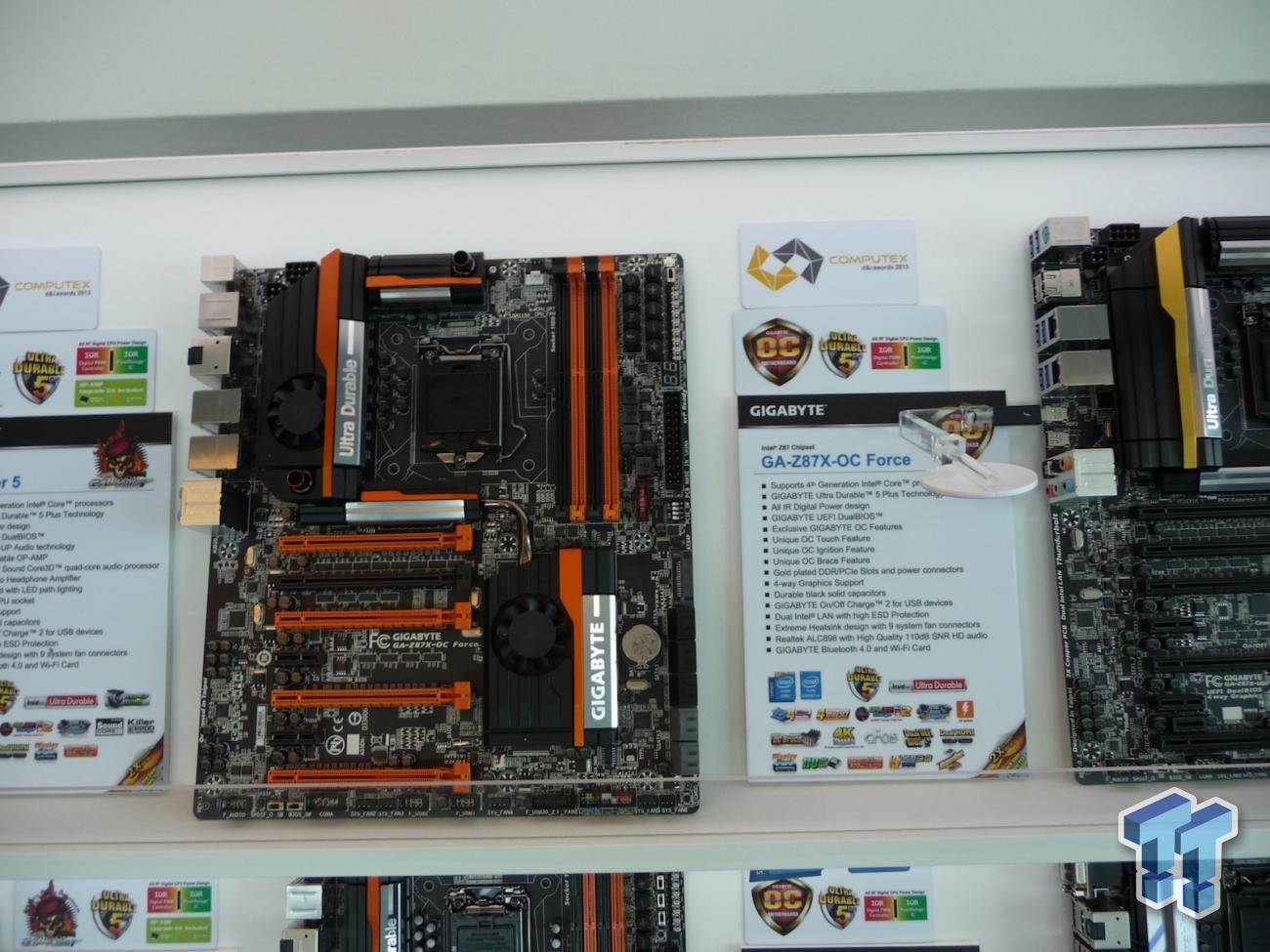 You also might have noticed that GIGABYTE has changed things up a bit with this release. There are three ultra premium models instead of just two. The OC and UD7 are spit again. 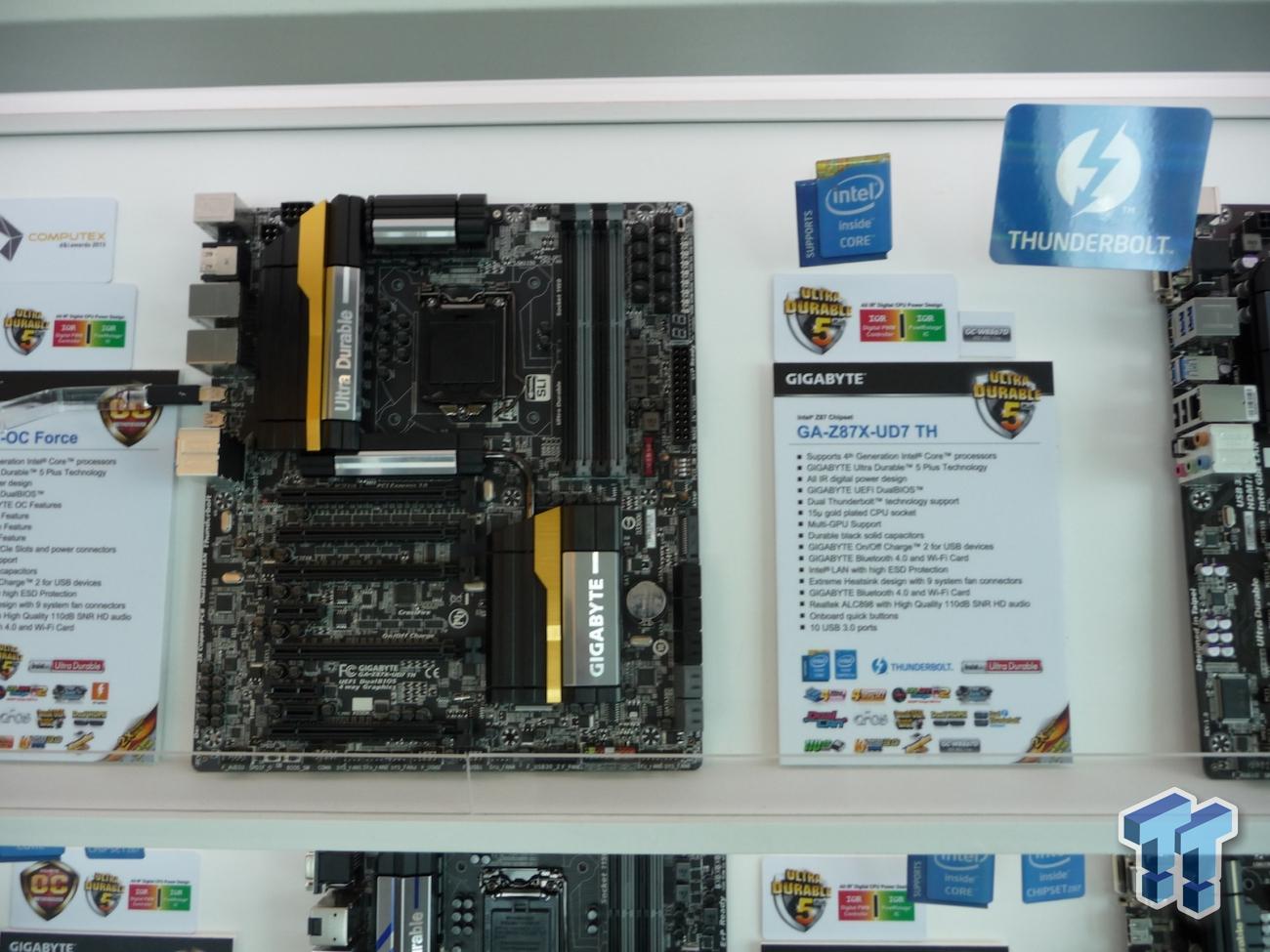 The main difference is that the Z87X-UD7 ships with dual Thunderbolt connectors and the Z87X-OC has more traditional backplane I/O.