Computex Taipei 2013 - It's been a few years now but we tested a product from a company called PhotoFast with two SF-1200 controllers. KingFast is using that idea to get to the magic 1TB mark but this time with SATA III and LSI SandForce's SF-2281 controller. 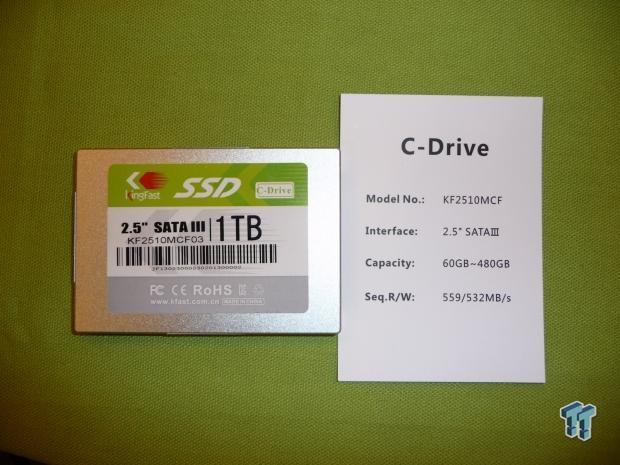 The KF2510MCF03 packs two small 512GB SSDs inside standard 2.5" form factor, 9.5mm housing. A RAID controller couples the two internal drives together in RAID 0 and that's how KingFast managed to get past the SF-2281 density limitation. 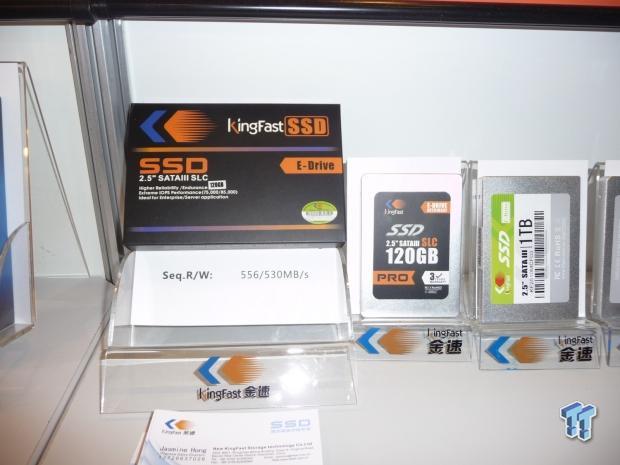 KingFast also had a few other products on display at the show including their SLC model that also uses a LSI SandForce SF-2281 controller.