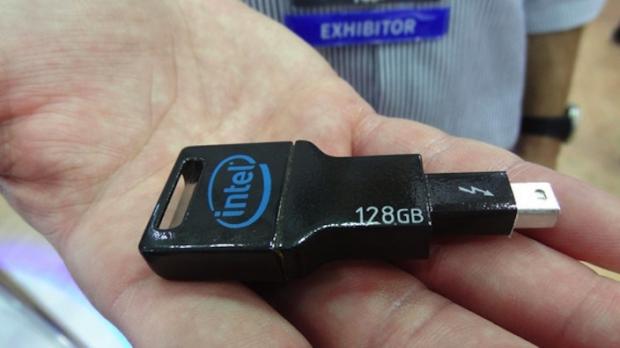 We doubt that the thumb drive will hit Thunderbolt's theoretical 10GB/s limit, but it should outperform SATA 3 6Gpbs. Interestingly, the hacked device makes use of a SanDisk SSD rather than an Intel SSD. It's not clear why they didn't make use of their own technology in the device.