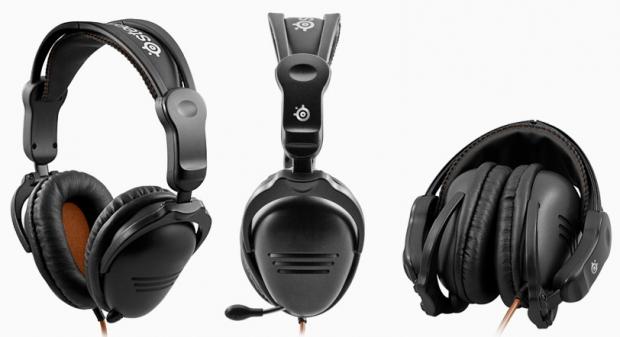 The 9H features Dolby Technology and comes with an MSRP of $159.99. According to the company's press release, the headset features up to 7.1 channels of "realistic multi-channel surround sound." The 9H also features SteelSeries' in-line audio controls, with swappable cables for PC, Mac, tablets, and phones.

The 5Hv3 comes with an MSRP of $79.99 and is a step down from the 9H. It features a retractable microphone, which retracts into the headset when not in use. It also features SteelSeries' in-line and swappable audio controls, making the headset compatible with PC, Mac, tablets, and phones.

Finally, the 3Hv2 has an MSRP of just $39.99. It's more an introductory or casual gamer headset. It features a foldable design that makes it easy to stow away for travel. An included adapter allows the headset to work with a variety of devices. Even though the price has been reduced, it still features in-line audio controls, a retractable microphone, and extra-padded leather cushions.