Computex Taipei 2013 - We stopped by the Avexir booth today where we finally had a chance to bump into Hans Cheng, the General Manager, of this fast growing enthusiast memory company. He briefly introduced me to their new Blitz II memory that will hit the market soon.

In the video embedded above you can see Avexir had a nice display that shows the development of Blitz II from conception all the way up to final design, well really close to the final design. 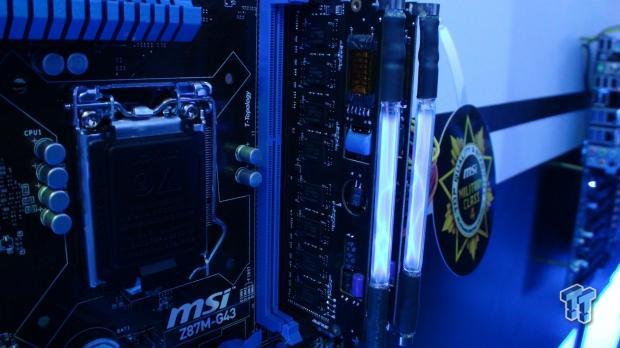 The effect of the Blitz II lighting atop the RAM was quite simply amazing. While we haven't had a chance to test Avexir RAM yet for its performance numbers, if the lighting is anything to go by, we're quite excited. We'll have some reviews up of Avexir in the next few weeks - stay tuned for those.