AMD has stated that they are willing to work on semi-custom chips that are capable of running Android or Chrome OS. AMD believes that a market is emerging for the operating systems and their CPUs or APUs could be perfect for the job. This would mark the end of their Windows x86 exclusivity. 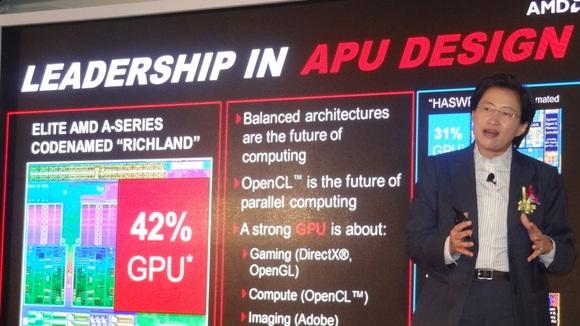 "We are very committed to Windows 8; we think it's a great operating system, but we also see a market for Android and Chrome developing as well," said Lisa Su, senior vice president and general manager of global business units at AMD.

AMD would like to work with companies to provide semi-custom chips tailored to that customer's needs. AMD has already shown their ability and willingness to do this with the three design wins in next-gen consoles. AMD is looking to expand their custom chip manufacturing business as the PC market slows.

The new chips would make use AMD's upcoming designs that combine x86 and ARM architectures onto a single chip. Add in one of AMD's powerful Radeon GPUs and you get a combination that could be hard to beat.