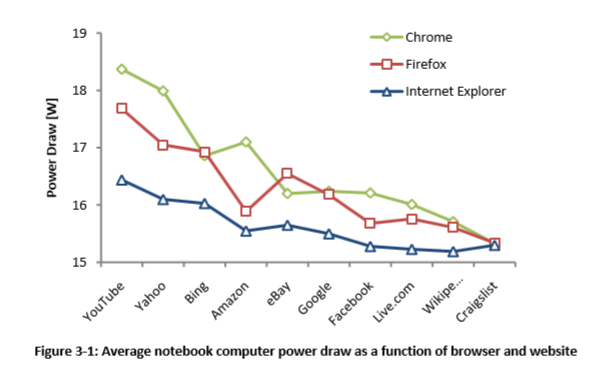 Microsoft will likely use this new "fact" as part of its marketing push to regain some of the browser market share. However, just how important is power consumption? Quite frankly, I'm not going to make the switch to Internet Explorer just because it uses slightly less power. On a notebook, though, the argument starts to gain some validity.

After all, most people surf the web for the majority of their computer use, so saving up to 18 percent of your battery life could result in a big boost. But with Haswell's jump in battery life, this argument starts to lose some of its impact.