Struggling smartphone maker BlackBerry is reportedly already testing a new device. The A10 is reportedly undergoing testing and is slated for a November launch on Sprint. The various reports claim that the A10 will be an even better flagship device for BlackBerry. 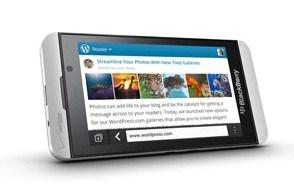 The A10 is said to be more curvy than the Z10, BlackBerry's current flagship device. Some say it looks quite a bit more like the Samsung Galaxy S4, but no pictures have leaked out as of yet. It reportedly uses 2GB of RAM and runs BlackBerry OS 10.2, though these are just rumored for right now.

You can probably expect to see a quad-core processor and full HD screen, though these have not been supported by any reports as of yet. As soon as we get more details, we'll pass them along.