Microsoft has just released its first teaser trailer for the upcoming E3 Expo. The teaser hints at new games such as Forza 5, Gears of War, Halo, Call of Duty: Ghosts, Splinter Cell, Battlefield 4, and Fifa 14, along with revealing images of the new Xbox Live, Xbox One, as well as some updating content for the Xbox 360.

With Microsoft promising "a new generation of games," it is no question that the Xbox One will be the star of the show. The only thing that could still upstage the Xbox One would be the hardware unveiling of Sony's upcoming PlayStation 4. 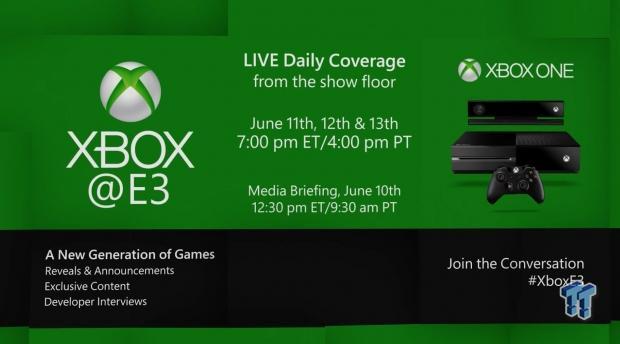 TweakTown will have full coverage of the E3 Expo with our own Trace Hagan on the ground putting in the footwork to bring you the latest and greatest from the gaming world. Stay tuned to TweakTown for all of your E3 and Computex coverage.