Computex Taipei 2013 - TweakTown worked with various companies to break the PCMark storage world record, but one of them was the awesome BitFenix and their Prodigy case which we've called the TweakTown Blue Prodigy PC, you can read more on that here. 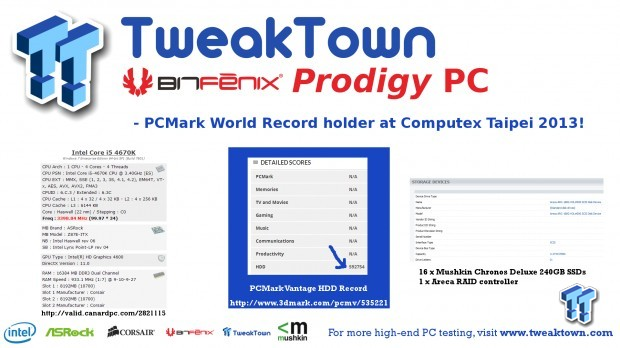 We thought we'd capture it on video, as sometimes pictures just aren't good enough. The machine looks beautiful in person, and inside the machine we have a world record setting 16 SSD's that give some truly, truly insane performance. Of course, BitFenix's Prodigy is a beautiful case to begin with, and with the magic of our own Chris Ramseyer, TweakTown were etched into the record books. 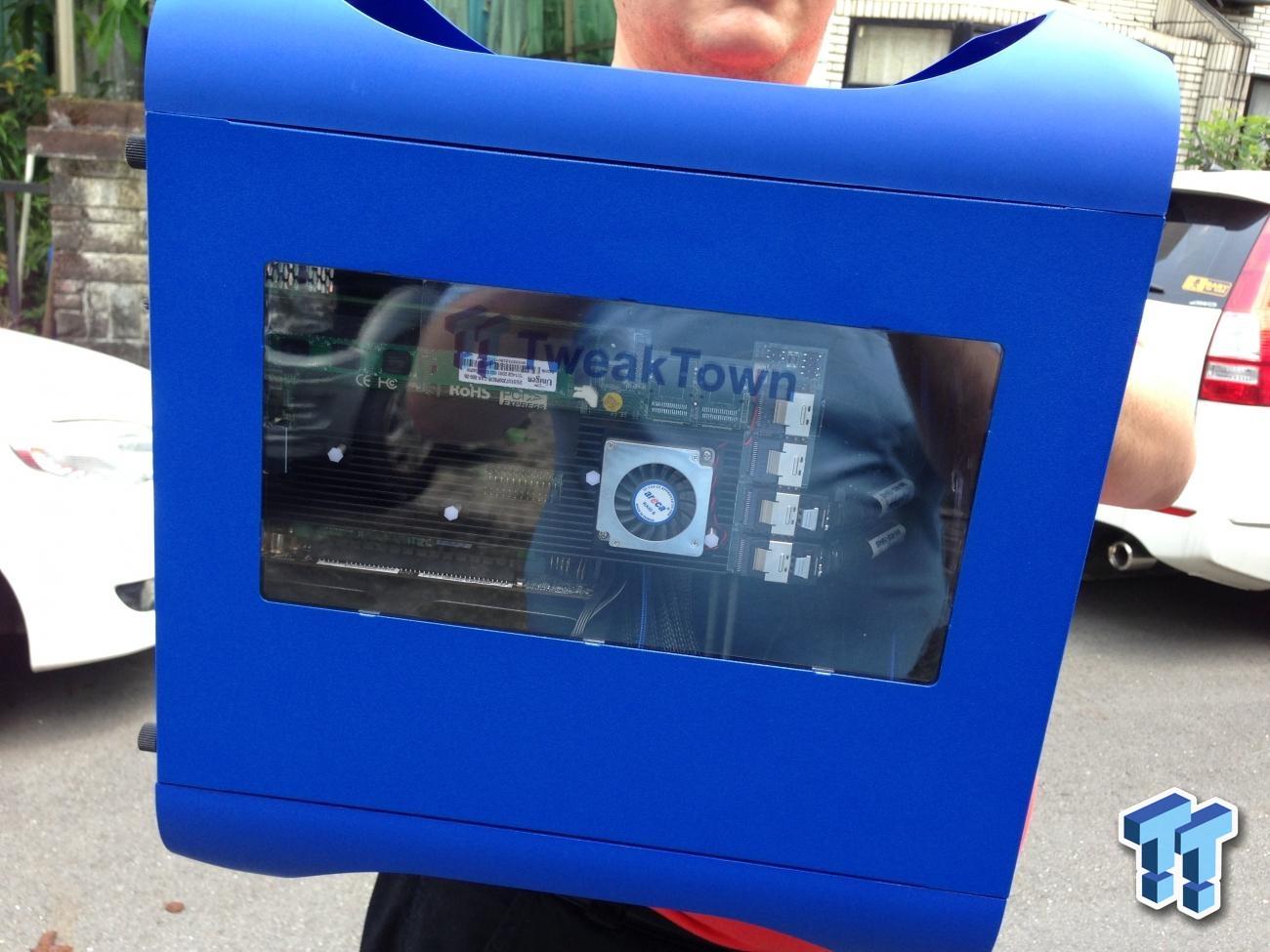