Computex Taipei 2013 - During Intel's keynote earlier today at Computex, the chip making giant alluded to the arrival of embedded 3D-depth cameras arriving on its devices in the second half of 2014. This technology is the same as Microsoft's Kinect for Xbox. 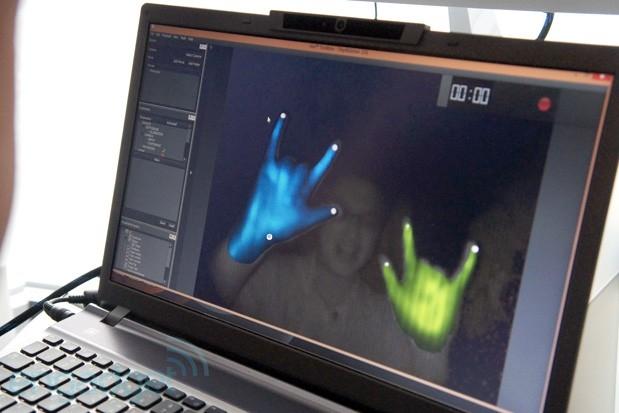 SoftKinetic, a Belgian company, is apparently showing off a notebook that has their own Time-of-Flight 3D-depth camera molded into the lid. At the moment, the hardware looks a little large, but not too large to be featured on laptops in the 13-inch range and larger.

We're hoping to get a hands-on of the device very shortly. What do you think about an embedded Kinect in your laptop? While it would be awesome for gesture-based control, I do not see gaming with the device being that big of a deal. If we begin seeing the device embedded into smart TVs then the sky is the limit.