Computex Taipei 2013 - With new video cards being released over the recent weeks from NVIDIA we get a chance to sit down and check out the latest offerings from EVGA to find out just what they're doing with the new high-end single GPU models from NVIDIA.

As you'd expect the focus was on the new GTX 700 series and EVGA showed off four of its main models which starting from the left included the new EVGA GTX 780 Hydro Cooler which of course carries with ti that massively mean looking water block. 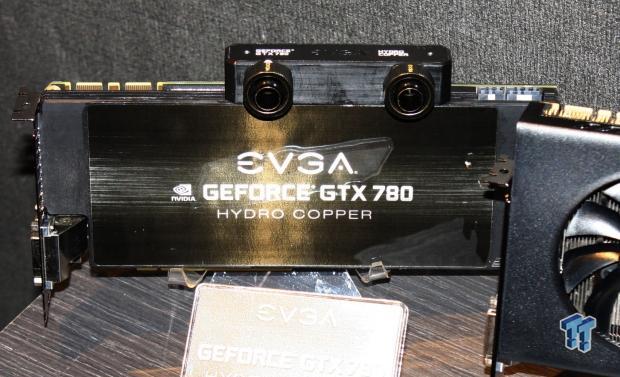 Moving across to the right we found ourselves looking at one card that extremely excites us; the upcoming GTX 780 Classified. Designed in house the new Classified model is due to offer some extreme performance and even more extreme overclocking capabilities with improvements in a number of areas. While final clock speeds for the model haven't been set yet, It's safe to say that most users of the upcoming model will probably be firing up EVGA Precision and trying to get even more performance out of the card. 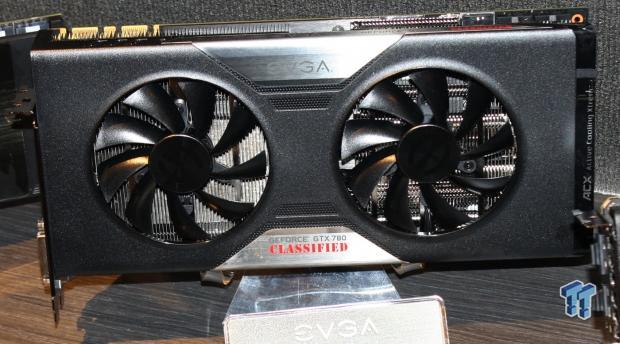 Having just released Last week EVGA had on display the new GTX 770 from NVIDIA with the 2GB ACX cooled card being showed off. We've already got this card in our lab and soon as we're able to get past Computex we intend to find out just what kind of performance the model offers. We're especially looking forward to seeing the cooling numbers on the new ACX cooler verse the reference one. If the difference is similar to that between the GTX 780 reference cooler and EVGA GTX 780 ACX card; we should indeed find ourselves impressed with what's on offer. 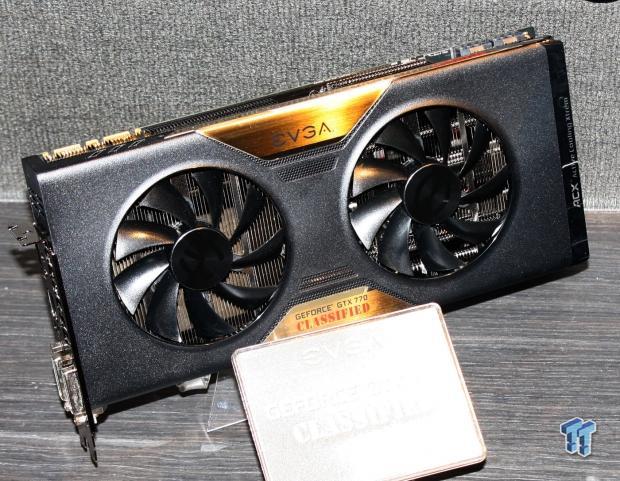 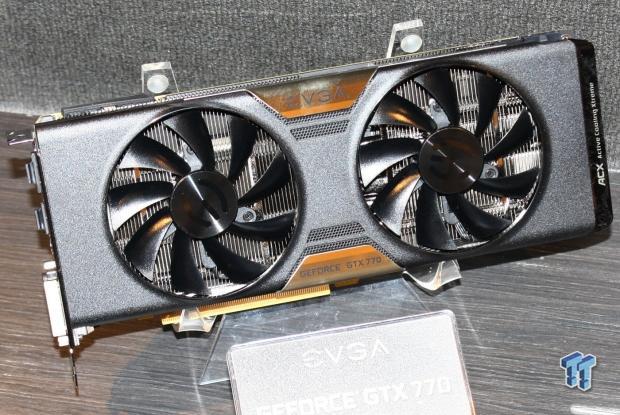 Along with that we saw that EVGA is expanding the Classified series even further by releasing a GTX 770 version of the model. Doubling the amount of memory when compared to the standard GTX 770; the new Classified version hits with 4GB of GDDR5 and of course increased clock speeds and better overclocking potential when compared to its reference designed counterpart. 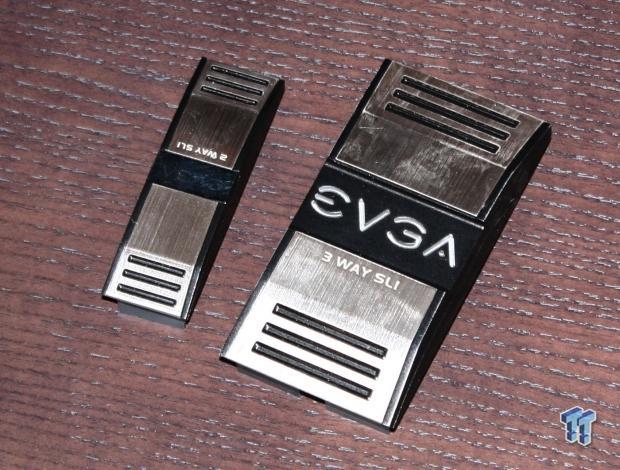 Finally we finish up with a look at the new upcoming SLI bridges that are coming from EVGA. Designed purely for aesthetics the new 2-Way and 3-Way SLI bridges look fantastic. With pricing to be expected to be around the $29 mark they're indeed not cheap. We can't deny, though, that anyone wanting to make sure their new SLI setup looks amazing it will be a must purchase.