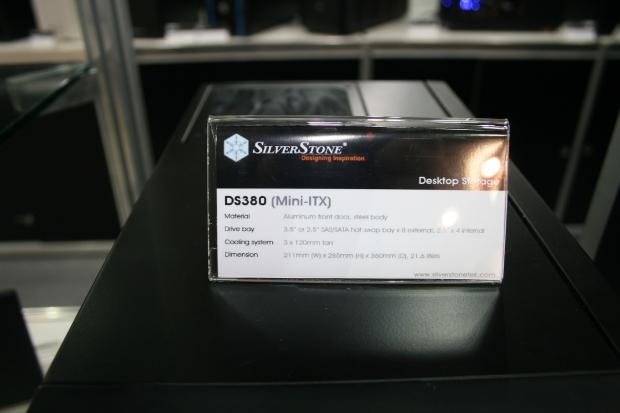 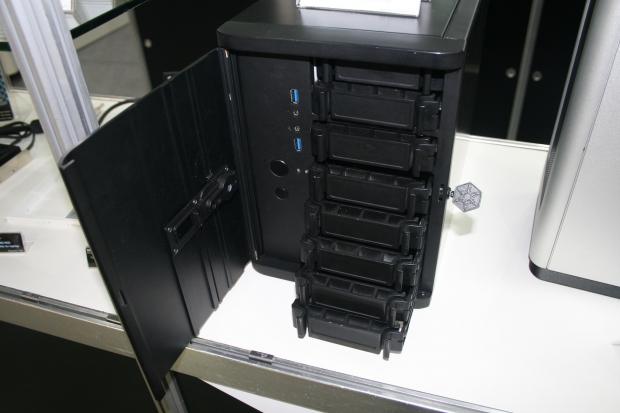 Because it's a mini-ITX chassis, you can install your own motherboard instead of buying a ready-made NAS. There's three 120mm fans to cool all of those HDD's and a nifty key to unlock the front door to the case, where your hard drives reside. 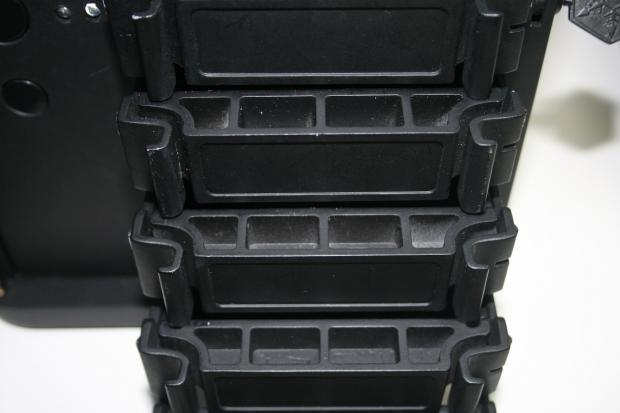 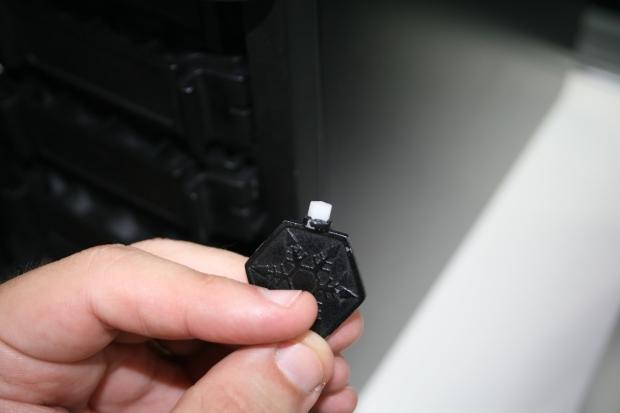 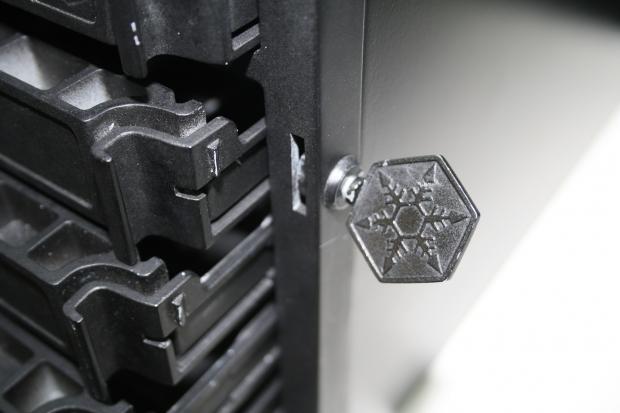