Computex Taipei 2013 - ASUS' ROG press conference was filled with gamers' wet dreams, and it didn't stop with their new Tytan G50 machine. The Tytan G50 falls under their ROG branding, and features "Turbo Gear" which is one-touch overclocking, and very simple. 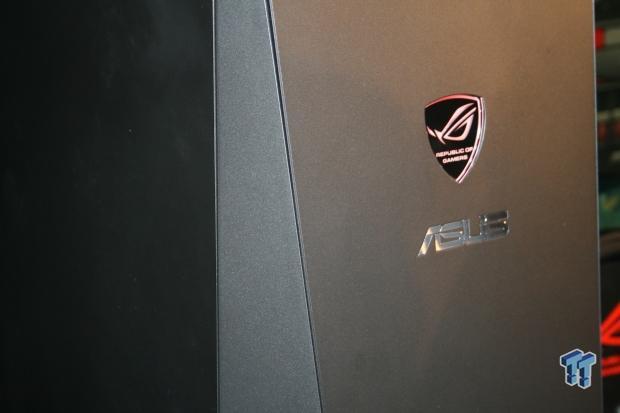 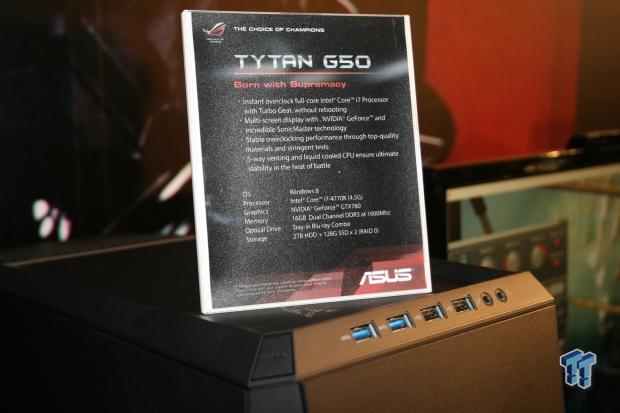 It features Intel's new fourth-generation "Haswell" Core i7 4770K processor, which can be overclocked to 4.5GHz, NVIDIA's latest GeForce GTX 780 GPU, 16GB of dual-channel DDR3 clocking in at 1600MHz, and for storage we have two 128GB SSD's in RAID 0 and a 2TB HDD for storage. Filling out the specs we have Windows 8 as the OS, ASUS' SonicMaster audio technology and a tray-in Blu-ray combo drive. The ROG Tytan G50 is a great-looking machine too, something we should hopefully have in our labs in the near future.