Computex Taipei 2013 - GIGABYTE has added a new LGA 1150-based motherboard to its gaming line of motherboards. The G1.Sniper 5 is designed for gamers making use of Intel's latest Core CPUs. Sniper series motherboards come with features that gamers care about. 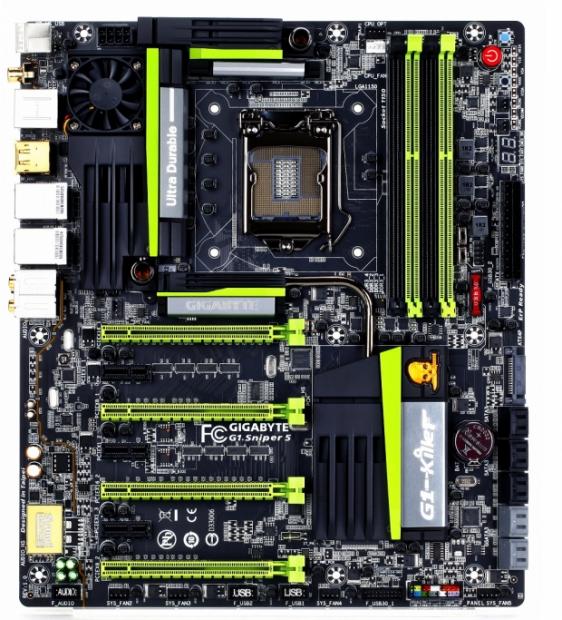 Pricing and availability for the motherboard are not currently available, but we should learn more in the coming days and weeks.