This morning, SpeedUp announced that it will be unveiling a new 7.85-inch class Android tablet at Computex next week. Dubbed the SpeedUp Pad, the new Android tablet boasts a thickness of just 7.9mm and weighs just a mere 300 grams. 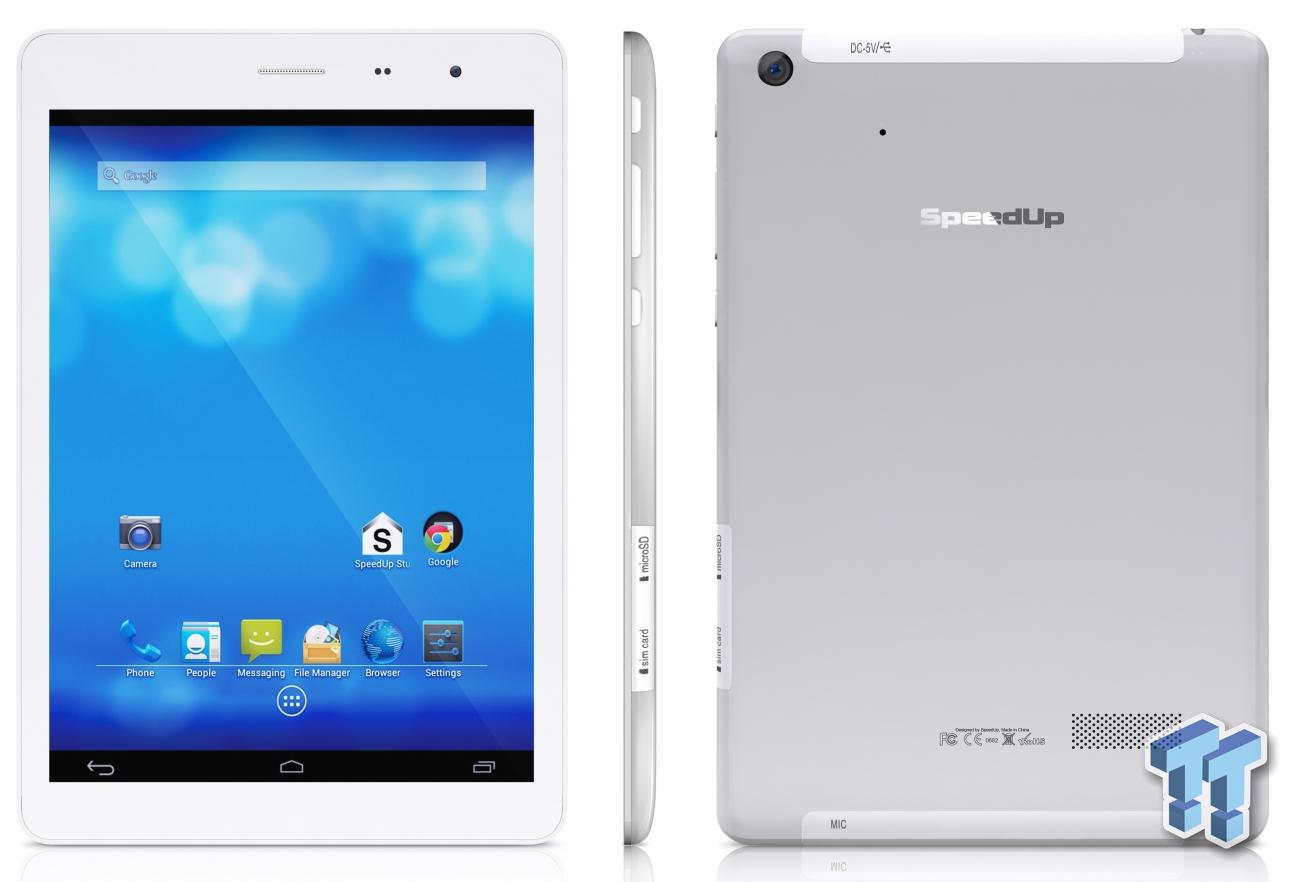 The SpeedUp Pad features Android 4.2.1 Jelly Bean, a 1024x768 7.85-inch IPS display, and a 1.2GHz Snapdragon processor. 1GB of RAM and 8GB of internal storage round out the important internal specs. The tablet supports 3G HSPA 7.2Mbps and EVDO Rev A. A 5MP rear-facing camera and 2MP front-facing camera are present. A 4000mAh battery keeps things powered up.

Rahmad Widjaya Sakti, Vice President Product and Marketing at SpeedUp Technology said that "Speedup Pad is a statement of beauty in technology. Every detail is designed with extreme precision. With a 7.85 inch, the thinnest, lightest tablet with SpeedUp Studio, SpeedUp Pad will be highly competitive in the market, bringing a brand new experience to consumers, app developers and distributors as like."

The SpeedUp Pad will retail at an MSRP of $249 and will launch in August in various markets including Indonesia, Spain, Belgium, Germany, Dubai, Sri Lanka, India, USA, Timor-Leste, and Hong Kong.