We still expect Samsung to unveil the Galaxy S4 Mini at their event on June 20, but we don't quite know what the specifications will be. Thanks to some leaked screenshots obtained from an unnamed source, we at least have an idea of what to expect. See the screenshots of the AnTuTu benchmark below: 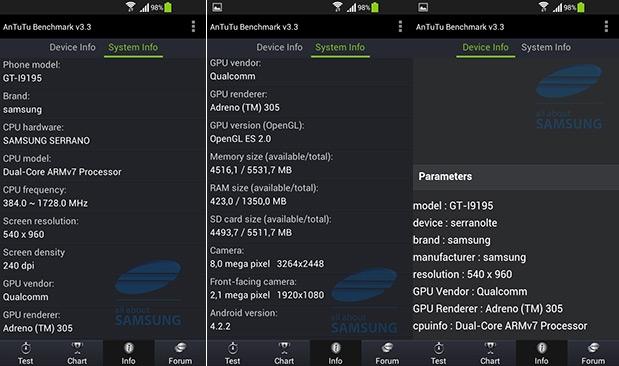 The Galaxy S4 Mini will reportedly run a dual-core processor, likely the Snapdragon 400, coupled with 1.5GB of RAM. It will sport an 8MP rear-facing camera and a 2.1MP front-facing camera that is capable of 1080p video. The display will pump out a resolution of 960x540 at 240dpi. It's said to be running Android 4.2.2.