Google has expanded the reach of its Maps product by adding biking navigation to six additional European countries. Biking instructions are very similar to Google's normal directions, though they take into account busy roads, bike paths, and other factors to make your outing safer and more enjoyable. 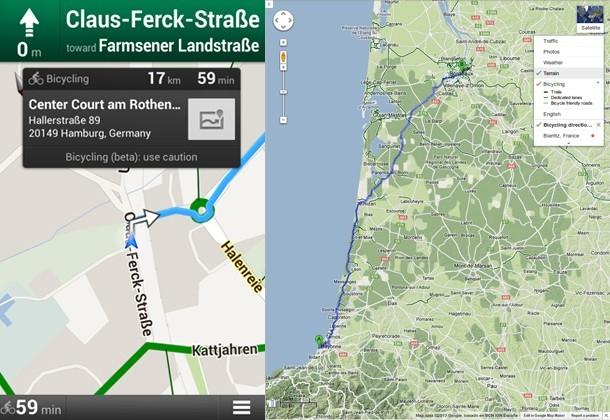 Today's update adds Germany, France, Poland, Ireland, Luxembourg, and Liechtenstein. The new maps have been generated with the help of partner groups in some countries and the cyclists themselves in other countries. Google notes that the cyclists themselves are the ones who know the best routes and Google encourages cyclists to add, update, and change biking directions.

For more information, you can head over to Google's Europe Blog announcement post.