Android 4.3 has reportedly been spotted in the wild at a mobile expo currently taking place in Thailand. The new operating system was spotted running on a Nexus 4 and appears to remain nearly unchanged. The only noticeable user interface difference appears to be the camera app, which sports controls in different locations: 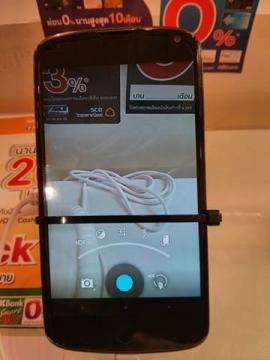 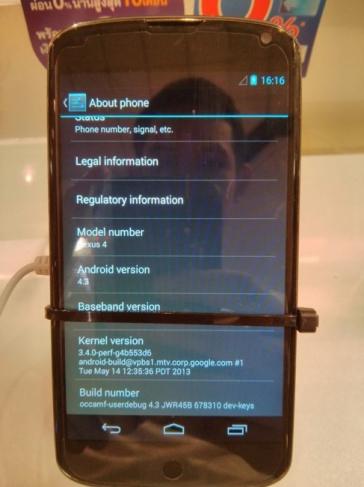 Android 4.3 is seen running with a build number of JWR45B, indicating that it is a completely new build. The operating system also had the Jelly Bean Easter egg found in the About section. We still don't know when Google will release the new operating system, though it shouldn't be too far off in the future.