Samsung can't seem to turn out variants of the popular Galaxy S4 fast enough. Now, the latest is that Verizon and AT&T will be getting Developer Editions of the venerable Galaxy S4. Oddly enough the variants are going to carriers that have been the worst in the past in terms of locking devices down. 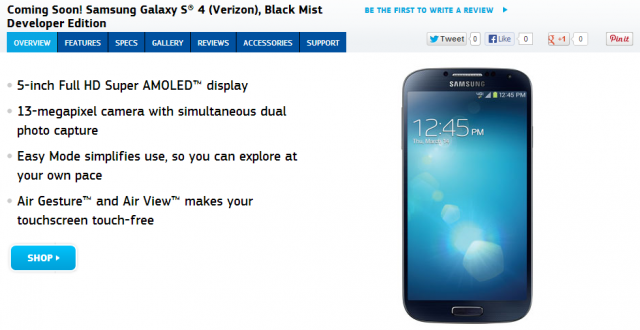 The Galaxy S4 Developer Edition will be available in Black Mist with 16GB of internal storage. I find it odd that internal storage on a developer device would be so slim. We doubt that the Developer Edition will be available with a subsidy, so you can expect to pay full price for the device. Users of AT&T will also soon get access to Samsung's new Google Edition Galaxy S4 that was announced at Google I/O.