If you're a game developer, it looks like your work just got a whole lot better, as the Unity game rendering engine is now free for iOS, Android and BlackBerry 10. Unity CEO, David Helgason, announced the changes to their terms today during the Unite Nordic trade conference. 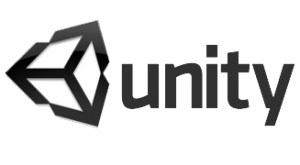 These licensing fees for the Unity engine in their basic form previously cost $800, and are now absolutely free to developers. Helgason has said that the change to the pricing structure is to help build momentum for indie game developers and studios. The same free deal will eventually arrive on Windows Phone 8, too.