According to SamMobile who got their hands on a leaked firmware for the Galaxy S3, Samsung is working on some sort of fingerprint scanning technology. SamMobile draws this conclusion because of some specific image files found inside the firmware. While it does suggest that some sort of fingerprint technology may be on its way, it doesn't say exactly what it will be used for or how. 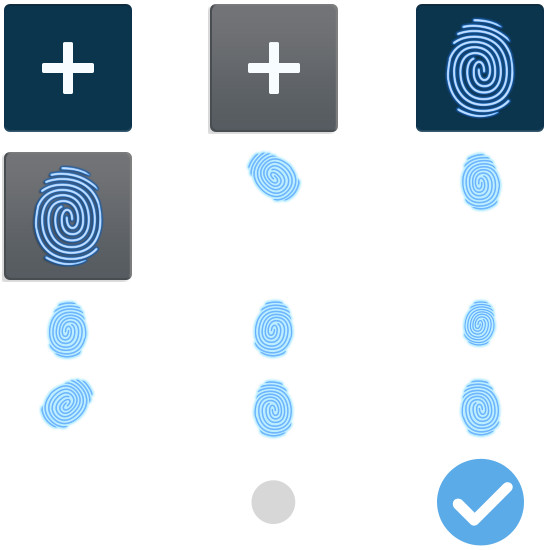 Another strange thing about this rumor is that the files reportedly come from a Galaxy S3 firmware. Unless Samsung did some modification to a Galaxy S3, it's highly unlikely that they'd be including this into a firmware destined for a device that doesn't feature a fingerprint reader. Rumors have also circulated that Apple will be including a fingerprint reader on its next iPhone.

It's time for a bit of speculation: what do you think the images above indicate? What is Samsung working on? Let us know in the comments!