A new report claims that Flickr and Vimeo could see similar deep iOS integration. The report, published by 9to5mac, says that Apple is looking to increase the number of third-party social networks that are integrated within the operating system itself. This report comes ahead of this year's WWDC where it is widely expected that Apple will unveil iOS 7. 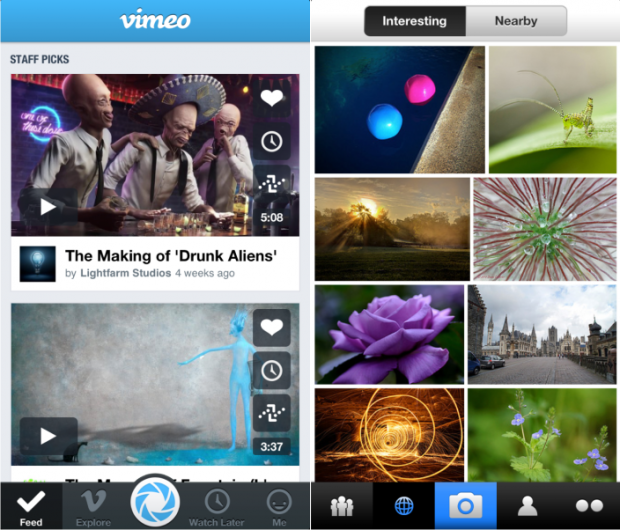 The report cites a person familiar with the software, though the final version of iOS 7 could still be radically different than what this person has seen. The integration would be extremely similar to the integration enjoyed by Facebook or Twitter. A single log on would allow you to share numerous things around the OS seamlessly.

As with all rumors, take this with a grain of salt. However, if it does come to pass, you'll be able to read about it here.